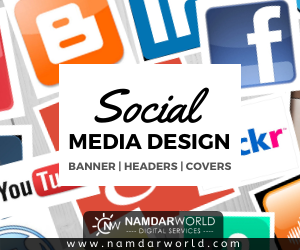 After the partition of Indian Sub-Continent into Bharat and Pakistan in 1947 the Khoja Community from Bharat started migration to Karachi and Hyderabad. The Khoja Community keeping with its tradition of forming Kamats where ever they went, few elderly members of the community gathered at the residence of Late Haji Nazar Ali Lawji in 1948 and formed the first committee under the leadership of  Haji Nazar Ali Lawji and started looking for a suitable place for the jamat. In March 1949 they purchased a house at Resham Gali comprising of a big and two small rooms a verandah and open space and named it Mehfil-e-Hussaini. The capacity of Mehfil-e-Hussaini became short very soon, especially in the month of Moharram as the biggest congregation From 1st to 10th Moharram were being arranged by our community by inviting famous and renowned Zakirs and Alims to address.

In 1965 under the presidentship of Late Haji Barkat Ali Namdar a plot of land was purchased consisting of about 4500sq.ft at station road. The entire cost of construction of ground plus two storeyed building was born by great philanthropist Late Noor Ali Bhai Kampalawala in the sweet memory of his late father Haji Mohammed Ali Kampalawala. The opening ceremony of this new building (the present Imam Barghah Mehfil-e-Hussaini) was held on the birthday of Imam Hussain A.S on 5th November 1967. The opening was performed by the then Aqa-e-Shariat Agha Saheb and the presiding Officer was Late Haji Dawoos Nasir. A grand function of three days was held where the Milad was addressed by Allama Rasheed Turabi and famous poets took part at the Mushaira.

In 1998 President Haji Dilawer Hussain took the task of construction of the third floor which was completed in year 1999. The alteration of First floor was carried out in 2000 and the renowation of second floor was completed in 2002 along with the roofing  of fourth floor. The new Gusul khana for dead boding was constructed in August 2003.

A piece of lnd measuring more then 5000sq.ft was purchased at Daden shah for the construction of housing project. Acommittee consisting of Hassan Ali Habib, Haji Dilawer Hussain Yousuf Ali Habib and Haider Ali was formed for this purpose, The committee approached the Zainabia Trust and requested for the promissed to consider the request Alhamdolillah the entire project of ground plus 4 storeyed Building was completed by Zainabia trust bearing all the expenses. The entire project consisting of 64 flats of two bedrooms Tv Lounge and drawing room were completed in 1994 under the banner of Zainabia Plaza.